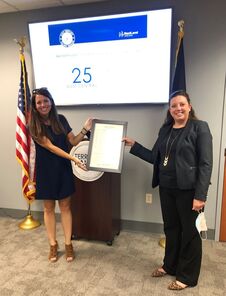 “It’s been fantastic to watch the West Central 2025 regional team emerge as a statewide leader in strategic, collaborative planning to attract, develop, and connect talent,” said Secretary Milo. “The efforts that have led them to earn a designation as a 21st Century Talent Region will undoubtedly aid the region in achieving its goals to reduce population decline by 2025, increase the region’s industry certificate and degree holders to 60 percent of the population, and raise income levels for all households. I couldn’t be more proud of this team and the results they are already delivering, for not only their six member counties, but for all of Indiana.”

The Office of Career Connections and Talent, with support from the Indiana Economic Development Corporation and technical assistance from CivicLab, launched the 21st Century Talent Region initiative to encourage local governments, businesses, educational institutions, nonprofits, and economic and workforce development partners to create and implement plans to increase educational attainment, raise household income and grow the population in a region. By taking a comprehensive, systems approach, participating regions will identify strategic priorities and projects aimed at helping its communities create a better quality of place, develop and skill up its workforce, and connect talented Hoosiers with businesses seeking to fill high-demand, high-wage jobs.

“On behalf of the six counties represented in the West Central Indiana Region, we are thrilled to be receiving this recognition from the State,” said Craig. “Right now, there are many collaborative efforts taking place in our region that all strive to attract, develop and connect talent. In fact, achieving the 21st Century Talent Region designation was identified as a priority in the See You In Terre Haute 2025 Community Plan released last year. The goals we are collectively tackling are the critical factors in moving our individual counties, as well as a region as a whole forward. This conversation is especially important given the impact of COVID-19. Now, more than ever, it is important for us to consolidate efforts and use every advantage we have to ensure West Central Indiana continues to be a growing, thriving region in the state.”(READ MORE) 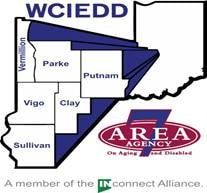 The partnership will continue the focus of both organizations, along with combining for new goals. Initially the four key areas include: broadband connectivity, tourism, trail development and talent attraction. Volunteers are being sought for teams which will identify key areas of need in each area from a regional perspective. (Read more here)

Why West Central 2025? Checkout our videos! 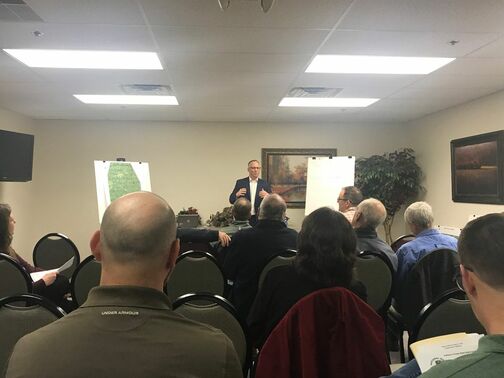 January 10, 2019
VIGO COUNTY, IND. - “Coming together is a beginning. Keeping together is progress. Working together is a success.”Working together as a region is a directive we often hear, but sometimes find hard to apply. However, when groups of individuals from multiple communities and counties do reach consensus, seek a genuine understanding of each other and create action plans on how to move forward collaboratively, it can be incredibly rewarding.

Oct. 24, 2018
PARKE, VERMILLION COUNTY, Ind. (WTHI) - Time is moving forward and so is technology. As we see the advances in our schools, our jobs, and even our medicine, some communities say they are struggling to keep up.​

Oct. 5, 2018
TERRE HAUTE -The Terre Haute Chamber of Commerce is moving forward on an effort to strengthen regional branding and a regional platform.

Sept. 28, 2018
It’s no secret that I love living in a very rural area of Indiana. I love it so much that I choose to drive the back roads through the country as far...

July 19, 2018
Terre Haute’s own Rachel Leslie, Partner of RJL Solutions, LLC is currently traveling with the IEDC leadership team to London (July 14 – July 20) to participate in...

July 17, 2018
Terre Haute’s own Rachel Leslie, Partner of RJL Solutions, LLC is currently traveling with the IEDC leadership team to London (July 14 – July 20) to participate in...

IEDC Blog from London: Rachel Leslie Answers Why Indiana Made the Trip

July 16, 2018
Terre Haute’s own Rachel Leslie, Partner of RJL Solutions, LLC is currently traveling with the IEDC leadership team to London (July 14 – July 20) to participate in...

July 14, 2018
Terre Haute, IN – RJL Solutions Partner, Rachel Leslie, will be traveling to the Farnborough Air Show in London with the Indiana Economic Development Corporation (IEDC), July 16 through 21...

Aug. 24, 2018
Terre Haute, IN – After a year of great strides by the Terre Haute Chamber of Commerce in way of Defense Development and Advocacy, the organization wraps-up its 105th Annual Meeting with...

Terre Haute Chamber of Commerce is kicking off a new partnership

Feb. 15, 2018
TERRE HAUTE, Ind. (WTHI) - The Terre Haute Chamber of Commerce is kicking off a new partnership to help businesses in this city and surrounding communities...

Feb. 14, 2018
The effort is called West Central 2025, and the collaboration inspired by the Indiana Chamber of Commerce’s long-range economic development plan, which is called Indiana Vision 2025...

​Call for Collaboration in Wabash Valley

Feb. 14, 2018
TERRE HAUTE -A new plan designed to boost economic and political collaboration in a five-county region in the Wabash Valley has been launched...

Feb. 28, 2018
Have you read the book “Good to Great” by James Collins? I find myself re-reading the context and my scribbles within the pages on a regular occasion...